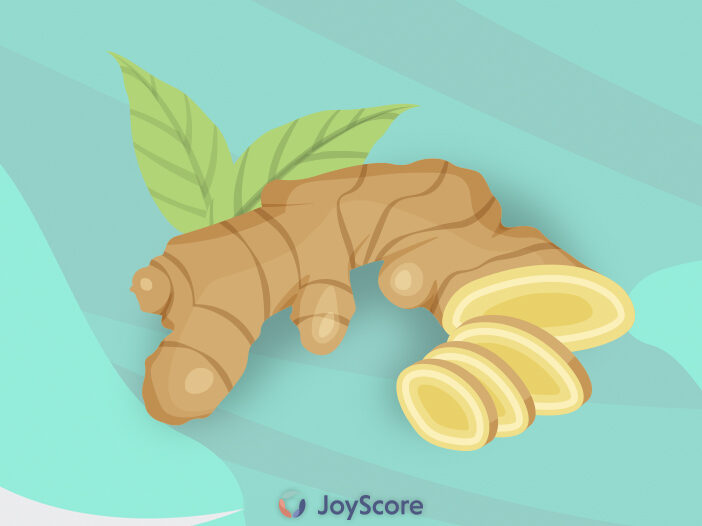 Nature has bestowed us with an abundant and massive variety of herbs and spices. Spices and herbs, prevalent since ancient times, are now playing a new and essential role in modern food preparation. They not only impart unique flavors to our food but contribute color and variety as well. Certain spices and herbs used alone, or in blends, can replace or reduce salt and sugar in foods.

Ginger, the most commonly used spice worldwide, is the underground rhizome of the ginger plant, known botanically as Zingiber officinale. The plant’s botanical name, derived from its Sanskrit name Singabera, means “horn-shaped.” Its properties are well-known of traditional Chinese medicine and Indian one (Ayurveda). More recently, ginger is making its way in Western Europe and North America in aromatherapy. In Asia, ginger is more of a savory ingredient. That’s because ginger contains tons of warm, pungent, peppery flavors that work well with meats and vegetables.

Ginger, a flowering plant, has a very long history of use in various forms for traditional/alternative medicine as it has many healing properties to it. It originated in southern Asia and is grown in tropical areas all over the world. Ginger has been used for ages to add spice and flavor to food and treat ailments. Its aromatic, pungent rhizome (underground stem) acts as a spice for flavoring food. It helps in digestion, reduces nausea, and helps fight the flu and common cold. Ginger is available in various forms as fresh, dried, powdered, juice, or as an oil. It’s nutrients abundance and bioactive compounds have potent benefits for your body and brain. It is heating food. When your body feels cold in cold winter months, this is good for your overall heating body temperature. Ginger tops the most readily available ingredients for home remedies against cough and cold and building immunity.

With an abundance of healing properties, here are the health benefits of ginger –

Ginger as a Home Remedy

Ginger, with multiple medicinal properties and benefits, is used not only in cooking but also in non-cooking. It’s usage for medicinal purposes, skin care, and even for hair care is in abundance. Because of its ready availability and significant properties, it can be mixed with other spices to make home remedies.

Mix 4 tsp fresh ginger juice with 4 tsp honey and a dash of powdered pepper. Take this mixture with lukewarm water for cold and cough. It`s a natural way to cure a cold, especially for children who can not consume the syrups available for the same.

Ginger is a Miracle Spice.

There are numerous ways to enjoy ginger — starting from sipping tea to incorporating it into your cooking. Moreover, you can use it to flavor both sweet and savory foods. When buying ginger for a recipe, it’s healthier to opt for the fresh root than the dried, powdered form. You’ll get more of the gingerol that way.